When Lady Rample steps out, murder steps in.Lady Rample finds herself at odds after the death of her husband until her best friend drags her to a hot new jazz club in the heart of London. As if being wooed by two handsome men isn’t enough, Lady R finds herself embroiled in the murder of one of the club’s owners.Bored with her aristocratic life and irked that the police have arrested the wrong suspect, Lady R decides to turn lady detective. With her eccentric Aunt Butty in tow, Lady R scours London for clues. If she’s lucky, she’ll find the killer before the killer finds her.From the author of the Viola Roberts Cozy Mysteries comes the first audiobook in the Lady Rample Mysteries set in jazz-era London. 1. Language: English. Narrator: Mandy Gasson. Audio sample: http://samples.audible.de/bk/acx0/143863/bk_acx0_143863_sample.mp3. Digital audiobook in aax. 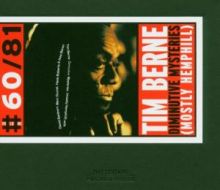 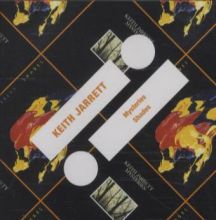 The Jazz of Physics: The Secret Link Between Music and the Structure of the Universe , Hörbuch, Digital, 1, 458min

More than 50 years ago, John Coltrane drew the 12 musical notes in a circle and connected them with straight lines, forming a five-pointed star. Inspired by Einstein, Coltrane had put physics and geometry at the core of his music. Physicist and jazz musician Stephon Alexander returns the favor, using jazz to answer physics' most vexing questions about the past and future of the universe. Following the great minds that first drew the links between music and physics - a list including Pythagoras, Kepler, Newton, Einstein, and Rakim - The Jazz of Physics revisits the ancient realm where music, physics, and the cosmos were one. This cosmological journey accompanies Alexander's own tale of struggling to reconcile his passion for music and physics, from taking music lessons as a boy in the Bronx to studying theoretical physics at Imperial College, London's inner sanctum of string theory. Playing the saxophone and improvising with equations, Alexander uncovered the connection between the fundamental waves that make up sound and the fundamental waves that make up everything else. As he reveals, the ancient poetic idea of the "music of the spheres", taken seriously, clarifies confounding issues in physics. Whether you are more familiar with Brian Greene or Brian Eno, John Coltrane or John Wheeler, the Five Percent Nation or why the universe is less than 5 percent visible, there is a new discovery every minute. Covering the entire history of the universe from its birth to its fate, its structure on the smallest and largest scales, The Jazz of Physics will fascinate and inspire anyone interested in the mysteries of our universe, music, and life itself. 1. Language: English. Narrator: Don Hagen. Audio sample: http://samples.audible.de/bk/gdan/001923/bk_gdan_001923_sample.mp3. Digital audiobook in aax. Meet Mason Ezekiel Barnes, former NFL tackle turned successful author of the naughty ninja adventure series Mia Killjoy. Mason is obsessed with winning a Pulitzer and is thwarted by his fellow author and nemesis, the twerpy little gnome Conrad Bancroft. Mason spends his days writing at a local cafe, Perk Noir, the one-of-a-kind jazz coffee shop where he and Bancroft ply their craft. The joint is thick with mysteries. Mason is obsessed with the life of jazz great Earl "Lightning" Perkins, a legend and former owner of the Perk Noir. Mason is convinced that Lightning has a hidden past and he’s determined to find it and catapult himself to greatness and the coveted Pulitzer once he writes his greatest story yet. One day, unexpectedly in walks Shelly, a Mia Killjoy super fan-girl who happens to have a mysterious pocket watch she recently inherited from her grandfather. Shelly convinces Mason to assist her in unraveling its history.Join along with Mason and Shelly as they find themselves embroiled in a deeper mystery than they could ever have imagined, full of twists and turns and surprises that pop up around every corner. Perk Noir is full of comedic relief, pop culture, NFL, jazz, a little touch of romance and flashbacks of Lightning and his family during both the first half of the 20th century and later during the Civil Rights Movement. Mason and Shelly and their adventures is a fun-filled thrill ride that will appeal to all listeners. There is something for everyone at the Perk. 1. Language: English. Narrator: John Bell. Audio sample: http://samples.audible.de/bk/acx0/107963/bk_acx0_107963_sample.mp3. Digital audiobook in aax. At long last, Lady Rample is about to reunite with her paramour, the American jazz musician Hale Davis. But, as usual for our intrepid heroine, her arrival in the French Riviera doesn’t go to plan! Laid up with a concussion thanks to a waterskiing incident, Lady Rample discovers that her aristocratic neighbor isn’t quite who he seems. With the help of the usual eccentrics, she’s going to find the truth and prove he’s up to no good. Unless he gets to her first....Lose yourself in the glamour of the 1930s with the fourth installment of the popular historical cozy mystery series Lady Rample Mysteries.  1. Language: English. Narrator: Mandy Gasson. Audio sample: http://samples.audible.de/bk/acx0/187561/bk_acx0_187561_sample.mp3. Digital audiobook in aax.

The Essence-bestselling author of More Than You Know "has crafted a post-Katrina New Orleans from a fumy cloud of sad jazz and Creole spices" (Publishers Weekly). When Hurricane Katrina hits New Orleans, chef and widower Simon Fortier knows how he plans to face the storm-riding it out inside his long-time home in the city's Treme neighborhood, just as he has through so many storms before. But when the levees break and the city is torn apart, Simon disappears. His son, Julian, a celebrated jazz trumpeter, rushes home to a New Orleans he left years before to search for his father. As Julian crisscrosses the city, fearing the worst, he reconnects with Sylvia, Simon's companion of many years; Parmenter, his father's erstwhile business partner and one of the most successful restaurateurs in New Orleans; and Velmyra, the woman Julian left behind when he moved to New York. Julian's search for Simon deepens as he finds himself drawn into the troubled history of Silver Creek, the extravagantly beautiful piece of land where his father grew up, and closer once again to Velmyra. As he tries to come to grips with his father's likely fate, Julian slowly gains a deeper, richer understanding of his father and the city he loved so much, while unraveling the mysteries of Silver Creek. "Story's musical background infuses her novel with a lyrical rhythm . . . as engaging characters rebuild their relationships and their city . . . moving, if heart-wrenching." -Kirkus Reviews