The Magic of Youth: An Affair with Beauty: The Mystique of Howard Chandler Christy , Hörbuch, Digital, 1, 445min

Fame, fortune, and beautiful models - Howard Chandler Christy had them all. Christy was the most famous American painter of the Jazz Age, a time when an elite brotherhood of New York artists dominated the publishing world. Christy had eclipsed all of them with his ''Christy Girl'', an idealized woman who redefined beauty, influenced fashion, and inspired generations of women. The Magic of Youth is the first book in An Affair with Beauty - The Mystique of Howard Chandler Christy, a biographical trilogy of the artist's epic life as told primarily through the eyes of his second wife, Nancy, a former Cosmopolitan model once considered to be one of the most beautiful women in America. As she reflects on her life, Nancy tells of first meeting Christy in 1912 and becoming his top model. She is captivated by his irresistible charm and the glamour of his enchanting world, but discovers that things are not always what they seem and even the great Christy has scandalous secrets. 1. Language: English. Narrator: Pamela Almand. Audio sample: http://samples.audible.de/bk/acx0/065611/bk_acx0_065611_sample.mp3. Digital audiobook in aax. Fame, fortune, and beautiful models - Howard Chandler Christy had them all.Christy was the most famous American painter of the Jazz Age, a time when an elite brotherhood of New York artists dominated the publishing world. Christy had eclipsed all of them with his "Christy Girl", an idealized woman who redefined beauty, influenced fashion, and inspired generations of women. Illustrated in popular magazines, best-selling novels, and top-ranked newspapers, the "Christy Girl" transformed the artist into a household name.In Romantic Illusions, the second book in Head's An Affair with Beauty trilogy, Christy once again comes to life through the eyes of Nancy Palmer. Christy, his wife and former model, as she recounts her first Christmas with Howard and his family at his Ohio mansion, the Barracks, in 1912.Howard tells of his early years studying art in near-poverty in New York City and his sudden ascent to stardom as the top pupil of William Merritt Chase, the premier portrait painter in America. During "The Great Flood of 1913" - the worst tragedy the Midwest had ever encountered - Howard describes his daring experiences with Teddy Roosevelt during the Spanish-American War in Cuba and his brush with near-certain death, no less than three times.The effects of the war profoundly transform Howard, inspiring him to create his vision of beauty, the "Christy Girl," which catapults him to stardom.When romance blossoms between artist and model, Howard is slow to seek a divorce from his estranged wife, Maebelle, jeopardizing Nancy's desires and compelling her to uncover his scandalous past. As World War I break out, Howard returns to New York City, forcing Nancy to risk everything as she reveals her true feelings for him. 1. Language: English. Narrator: The Captain's Voice, Pamela Almand. Audio sample: http://samples.audible.de/bk/acx0/148559/bk_acx0_148559_sample.mp3. Digital audiobook in aax. 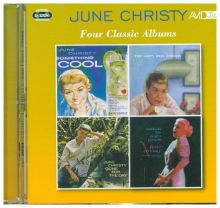 A remarkable story of a boy who couldn't stop singing, and a man who knew how to hold 'em. For more than half a century, Kenny Rogers has been recording some of the most revered and beloved music in America and around the world. In that time, he has become a living legend by combining everything from R&B to country and gospel to folk in his unique voice to create a sound that's both wholly original and instantly recognizable. Now, in his first-ever memoir, Kenny details his lifelong journey to becoming one of American music's elder statesmen - a rare talent who's created hit records for decades while staying true to his values as a performer and a person. Exploring the struggles of his long road, his story begins simply: growing up in Depression-era Texas, living in the projects, surviving in poverty, and listening to his mother, who always had just the right piece of wisdom. Recounting his early years, first as a jazz bassist and later as a member of the pioneering folk group the New Christy Minstrels, Kenny charts how he came into his own as an artist with the First Edition, only to have the band's breakup in the 1970s raise questions about his musical future. Yet, as Kenny explains, it was precisely this soul-searching that led him to a new direction on his own in Nashville. Telling the stories that have become legends in a town that's seen many of them, he recalls the making of his career in country music and his most memorable songs, including "Lucille", "The Gambler", "Lady", and "Islands in the Stream". Along the way, he shares the friendships, both big and small, that have meant the most to him, describing the good times he's had with Dottie West, Lionel Richie, and, of course, Dolly Parton, and how through it all he continues to make music with the passion that has defined him from the start. Staring across the decades, Kenny writes a story seemingly straight from one of his songs. The end result is a rollicking r 1. Language: English. Narrator: Taber Burns. Audio sample: http://samples.audible.de/bk/harp/003129/bk_harp_003129_sample.mp3. Digital audiobook in aax.