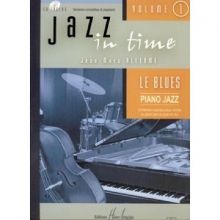 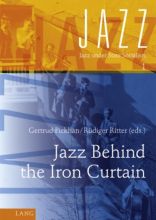 Jazz Behind the Iron Curtain

Emerging from Ann Arbor Michigan amidst a countercultural revolution, The Stooges’ powerful and aggressive style of rock-n-roll blew a crater in the musical landscape of the late 1960s. Assaulting audiences with a blend of rock, blues, R&B, and free jazz, the band planted the seeds for what would be called punk and alternative rock in the decades that followed. Jim Jarmusch’s new film GIMME DANGER chronicles the story of The Stooges, one of the greatest rock-n-roll bands of all time. GIMME DANGER presents the context of the Stooges emergence musically, culturally, politically, historically, and relates their adventures and misadventures while charting their inspirations and the reasons behind their initial commercial challenges, as well as their long-lasting legacy.

Emerging from Ann Arbor Michigan amidst a countercultural revolution, The Stooges’ powerful and aggressive style of rock-n-roll blew a crater in the musical landscape of the late 1960s. Assaulting audiences with a blend of rock, blues, R&B, and free jazz, the band planted the seeds for what would be called punk and alternative rock in the decades that followed. Jim Jarmusch’s new film GIMME DANGER chronicles the story of The Stooges, one of the greatest rock-n-roll bands of all time. GIMME DANGER presents the context of the Stooges emergence musically, culturally, politically, historically, and relates their adventures and misadventures while charting their inspirations and the reasons behind their initial commercial challenges, as well as their long-lasting legacy.

Buch - How High The Moon

_____Boston was nothing like South Carolina. Up there, colored folks could go anywhere they wanted. Folks didn't wait for church to dress in their fancy clothes. Fancy was just life. Mama was a city girl . . . and now I was going to be one too.It's 1944, and in a small, Southern, segregated town, eleven-year-old Ella spends her summers running wild with her cousins and friends.But life isn't always so sunny.The deep racial tension that simmers beneath their town's peaceful facade never quite goes away, and Ella misses her mama - a beautiful jazz singer, who lives in Boston.So when an invitation arrives to come to Boston for a visit Ella is ecstatic - and the trip proves life-changing in more ways than one. For the first time, Ella sees what life outside of segregation is like, and begins to dream of a very different future.But her happiness is shattered when she returns home to the news that her classmate has been arrested for the murder of two white girls - and nothing will ever be the same again.A beautifully written and deeply moving story about finding and fighting for your place in the world.So many things about this book were brilliant. A beautiful, funny, dangerous tale of growing up in Jazz Age America, How High The Moon is essential reading, full of voices that must be heard. One of the best stories I've read in a long while Emma Carroll, author of Letters from the Lighthouse and Secrets of a Sun KingParsons, KarynKaryn Parsons is perhaps best known for her role as Will Smith's ditsy cousin Hilary Banks on NBC's The Fresh Prince of Bel-Air. After leaving acting behind, Karyn went on to found and produce Sweet Blackberry, an award-winning series of children's animated films, to share stories about unsung black heroes in history, featuring narration from stars such as Alfre Woodard, Queen Latifah and Chris Rock. The serie has been screened on HBO and Netflix, and is enjoyed by schools and libraries across the USA. How High The Moon is Karyn's self-authored debut middle grade novel. She lives and works in New York.

Birth Of The Blues/Blue Skies

BIRTH OF THE BLUES:As a child, Jeff Lambert (Bing Crosby) hangs out in New Orleans' Basin Street, playing hot swing on his clarinet instead of the classics his father prefers. He's Inspired by an African-American group there and some years later, at the turn of the century, sets out to form a jazz band of his own. With cornetist Memphis (Brian Donlevy), singer Betty Lou Cobb (Mary Martin) and trombonist Jack Teagarden (Of the Original Dixieland Jazz Group, after which the story is patterned), he's on his way.A veritable history of jazz follows. From jump and jive to sweet romanticism, half a century of popular hits is given spectacular treatment. By the Light of the Silvery Moon is sung in a theatre with lantern slides on the screen. Singer Ruby Elzy's St. Louis Blues is backed by a chorus of eighty. And Wait Till The Sun Shines, Nellie brings Crosby and Martin together in a knockout duet.BLUE SKIES:For what Fred Astaire Had announced would be his last film, no expense was spared. This musical extravaganza boasts 30 Irving Berlin songs, 47 sets, sumptuous costumes, and a budget of $3,000,000. The result is sensational. (And, fortunately, Astaire did not retire from films!)Dancing star Jed Potter (Astaire) and singer/nightclub owner Johnny Adams (Bing Crosby) are both in love with songstress Mary' O'Hara (Joan Caulfield). She marries Johnny, but his passion for buying and selling nightclubs drives them apart. So Jed steps in, hoping to win Mary's heart - until fate steps in and changes the lives of all three. The most outstanding number is Astaire's famous Puttin' on the Ritz , a split-screen gem with a chorus of miniature Astaires tap-dancing behind him. Designed by Astaire, it took five weeks of back-breaking physical work to achieve. Other highlights find Astaire and Crosby as A Couple of Song and Dance Men, and Crosby crooning a wealth of Berlin tunes, including the Oscar nominated You Keep Coming Back Like A Song. With its superb stars and sparkling numbers, Blue Skies is one of the all-time great musicals!

Returning to the city of his birth for inspiration, legendary maverick director Robert Altman helms an evocative, bullet-riddled tribute to the music and movies of his youth in Kansas City, a Depression-era gangster flick as only he could make one. Blondie O’Hara (Jennifer Jason Leigh) resorts to desperate measures when her low-level hood husband Johnny (Dermot Mulroney) gets caught trying to steal from Seldom Seen (Harry Belafonte), a local crime boss operating out of jazz haunt The Hey-Hey Club. Out on a limb, Blondie kidnaps laudanum-addled socialite Carolyn (Miranda Richardson), hoping her influential politician husband can pull the right strings and get Johnny out of Seldom Seen’s clutches. Nominated for the Palme d’Or at Cannes, and featuring a remarkable soundtrack performed live by some of the best players in contemporary jazz, one of Altman’s most underrated and idiosyncratic films finally makes its long-awaited Blu-ray™ debut. SPECIAL EDITION CONTENTS High Definition Blu-ray™ (1080p) presentation Original 2.0 and 5.1 DTS-HD MA audio English subtitles for the deaf and hard of hearing Audio commentary by director Robert Altman Newly filmed appreciation by critic Geoff Andrew Gare, Trains et Déraillement, a 2007 visual essay by French critic Luc Lagier, plus short introduction to the film narrated by Lagier Robert Altman Goes to the Heart of America and Kansas City: The Music, two 1996 promotional featurettes including interviews with cast and crew Electronic press kit interviews with Altman, Leigh, Richardson, Belafonte and musician Joshua Redman, plus behind-the-scenes footage Four theatrical trailers TV spots Image gallery Reversible sleeve featuring original and newly commissioned artwork by Jennifer Dionisio FIRST PRESSING ONLY: Illustrated collectors’ booklet featuring new writing by Dr Nicolas Pillai, original press kit notes and an excerpt from Altman on Altman

The L.A. Noire game takes place in the Hollywood in times of Golden Age. The storyline follows LAPD detective Cole Phelps who is thrown into middle of chaos: corrupted, brutal city with the highest murder rate ever and blossoming trade of drugs. His job is to narrow down ratings and find suspects of numerous crimes like arsons, murders, drug selling.True life of a detectiveA gameplay mixes detective adventures with action game set in dark noir style. Your character is LAPD detective Cole Phelps. As a newbie, he is expected to solve various criminal cases to climb up in the ladder of his career. Phelps is a veteran of the II World War that joined police in 1947 after coming back from the front. LA Police Department has one of the toughest job in the country with the Golden Age blossoming in Hollywood and sparking a bunch of crimes like corruption, murders, arson attacks.The player has a chance to follow closely Phelps’ career starting from his stint in the traffic department and then moving up to chase murders and more serious crimes.You will look for suspects together with Phelps by interrogating, chasing down, shooting, looking for clues etc. The gameplay can be divided into two parts. First one requires very in-depth investigation that covers interrogations, looking for clues at the crime spot. The second part is often very dynamic and reminds of real action games as the player chase down – by car or on foot – suspects or engage into shooting with them.There are various types of weapon to choose from. Along the way the player is free to move around the huge LA, which has many surprises hidden. There is a chance to follow the main story, solving crimes that are mostly connected, or to look for more extreme experiences in side cases like taking down bandits hiding in a bank behind barricades.Innovative technology in L.A. NoirThe innovative technology used in the game results in very realistic facial expressions of characters that might be very helpful in interrogation of witnesses and suspects. Some well-known actors were hired to serve as faces of the characters, including John Noble or Greg Grunberg.Specific vibeThe game has stunning visuals that do great job in terms of recreating the vibe of L.A. in the 40’s of the last century. The city’s vibe is dark and heavy, you can feel the crime hanging up in the air. The soundtrack perfectly matches this Noir style with the dominant genre being jazz.