Look Back in Anger

Shot by the great Oswald Morris (Fiddler on the Roof), Look Back in Anger opens with an extraordinary jazz-club scene. Trumpeter Jimmy Porter (Richard Burton) - a disillusioned, college-educated bloke, raging against the establishment - works by day on a sweet stall in the market. His middle-class wife suffers the brunt of his tirades but when he vent his anger by having an affair with her best friend, the consequences prove far-reaching for all involved. Tony Richardson's feature debut is the epitome of the kitchen-sink drama that spawned a new genre of British films and heralded the liberated Swinging Sixties. Apposite for current times and still uncomfortably compelling, the film features an astonishing performance by Burton that earned him his second of six Golden Globe nominations. Special features: The Stories that Changed British Cinema (2018, 47 mins): BFI panel discussion on Woodfall Films, featuring Rita Tushingham, Tom Courtenay and Joely Richardson George Devine Memorial Play: Look Back in Anger (1966, 17 mins): David Frost produced film, directed by Peter Whitehead, capturing a stage performance in memory of the late Royal Court director starring Kenneth Haigh as Jimmy Porter and Gary Raymond as Cliff Lewis Oswald Morris Remembers Woodfall (1993, 24 mins): the cinematographer reminisces about his time with Woodfall Ten Bob in Winter (1963, 12 mins): Lloyd Reckford's vignette of class tension and aspiration within London's Caribbean community Original theatrical trailer Stills gallery Illustrated booklet with writing by John Wyver, Michael Brooke and Nicolas Pillai, plus full film credits 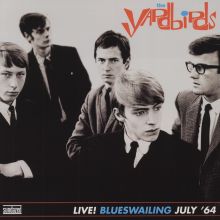 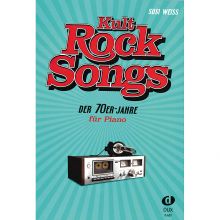 Jimmy Porter barely ekes out a living running a candy stall by day and playing jazz trumpet by night. Although he usually takes his frustrations out on his emotionless wife, Jimmy's scathing tongue and self-loathing seems destined to destroy everything.Set in the UK at the dawn of the 60’s social unrest, this savage morality tale spawned the phrase “angry young man.” An L.A. Theatre Works full-cast performance featuring: Steven Brand as Cliff; Moira Quirk as Alison; Simon Templeman as Jimmy; James Warwick as Colonel Redhorn; Joanne Whalley as Helena.Directed by Rosalind Ayres. Recorded by L.A. Theatre Works before a live audience at the James Bridges Theater, UCLA School of Theater, Film and Television in March, 2012. This recording also includes an interview with Dan Rebellato, author of "1956 and All That: The Making of Modern British Drama". 1. Language: English. Narrator: Steven Brand, Moira Quirk, Simon Templeman, James Warwick, Joanne Whalley. Audio sample: http://samples.audible.de/pf/latw/000347/pf_latw_000347_sample.mp3. Digital audiobook in aax.

From the author of the "thrilling" (The Christian Science Monitor) novel The Other Typist comes an evocative, multilayered story of ambition, success, and secrecy in 1950s New York. In 1958, Greenwich Village buzzes with beatniks, jazz clubs, and new ideas - the ideal spot for three ambitious young people to meet. Cliff Nelson, the son of a successful book editor, is convinced he's the next Kerouac, if only his father would notice. Eden Katz dreams of being an editor but is shocked when she encounters roadblocks to that ambition. And Miles Tillman, a talented black writer from Harlem, seeks to learn the truth about his father's past, finding love in the process. Though different from one another, all three share a common goal: to succeed in the competitive and uncompromising world of book publishing. As they reach for what they want, they come to understand what they must sacrifice, conceal, and betray to achieve their goals, learning they must live with the consequences of their choices. In Three-Martini Lunch, Suzanne Rindell has written both a pause-resisting morality tale and a captivating look at a stylish, demanding era - and a world steeped in tradition that's poised for great upheaval. 1. Language: English. Narrator: Will Damron, J. D. Jackson, Rebecca Lowman. Audio sample: http://samples.audible.de/bk/peng/002786/bk_peng_002786_sample.mp3. Digital audiobook in aax.

High Quality Content by WIKIPEDIA articles! Troy Sanders, (Born September 8, 1973) in Jacksonville, Florida, is an American heavy metal musician and vocalist perhaps better known as the bassist and one of the three vocalists for the Atlanta heavy metal band Mastodon. Sanders first played when he picked up his older brother's bass and tried it out, notably, the bass was strung for a lefty, and he is right-handed. A few months later, he talked his dad into buying him a bass. He cites Cliff Burton, Gene Simmons and Phil Lynott as influences on his bass playing. Sanders is primarily a fingerstyle bassist, but has also used a pick on certain songs. Sanders' gear includes a Fender Prophecy II, Fender American Standard Jazz, Fender American Deluxe Precision, Ibanez SRX700, Godlyke Deity 4-string bass,Yamaha BB414 Bass, Yamaha BB2004 bass and michael kelly acoustic basses.

High Quality Content by WIKIPEDIA articles! Van Dyke Records was a United States based record label in existence from about early 1929 through 1932. Van Dyke was a subsidiary of Grey Gull Records of Boston, Massachusetts. The text on the label of Van Dyke 78 discs proclaimed "Each Record a Masterpiece". Other than a few interesting sides by jazz bands led by Clarence Williams and Cliff Jackson, most Van Dyke records were dance band numbers of the time, usually played by Grey Gull's studio band and featuring musicians such as Mike Mosiello, Andy Sannella and Charles Magnante, recorded with below average audio fidelity for the era, pressed in rather noisy and gritty shellac.

This deluxe double CD set is the third release in a brand new series of re-issues of the legendary Cilla Black’s original albums. In this package, Cilla’s ‘Top 5’ hit debut album from 1965, “CILLA”, featuring a wide array of song material and musical styles, is paired with her 1974 soft rock album “IN MY LIFE”, which is released for the very first time on CD. Both albums contain a wealth of bonus tracks, in fact, there are 26 bonus tracks in total across the package, including the whole of the “Cilla” album in its variant mono version. This release, along with all the others in this Cilla Original Album Series is endorsed by its Executive Producer, Cilla’s son Robert Willis and comes with a 32 page booklet including extracts from a 2009 interview with Cilla, introductory essays about both albums and contemporaneous photographs from both the record company archives and the Cilla Black Estate. Disc One contains her debut album “Cilla” which showcases her diverse vocal range through an array of jazz, pop and soul tunes. These include Cole Porter’s standard ‘You’d Be So Nice To Come Home To’, Marvin Gaye & Mickey Williamson’s soul classic ‘Dancing In The Street’ and Burt Bacharach & Hal David’s pop hit ‘Baby It’s You’. Additionally, there are the power ballads, ‘One Little Voice’ and ‘Come To Me’, the second of which was written especially by George Martin and Cilla’s future husband Bobby Willis. The album peaked at # 5 during an 11 week run on the UK album chart. This re-release notably includes amongst its bonus tracks ‘(Love Is Like A) Heatwave’, a session outtake originally only included in the repackaged US edition of this album, as well as ‘A Shot Of Rhythm And Blues’ from Cilla’s first ever recording session at Abbey Road Studios in July 1963. Also included is the mono version of her breakout #1 smash hit single from January 1964, ‘Anyone Who Had A Heart’, which complements Cilla’s other smash hit #1 single from 1964, ‘You’re My World’, which is also featured as a bonus track in an interesting rare ‘Alternate Take’. The second disc contains “IN MY LIFE”, which was Cilla’s first album not to be produced by Sir George Martin. This new chapter in her recording career was headed up by producer David Mackay who’d had recent success with both Cliff Richard and The New Seekers. Mackay led Cilla in a new soft-rock In their initial sessions, Cilla recorded the album’s lead single ‘Baby We Can’t Go Wrong’ which became the opening theme for the 7th series of her BBC TV variety show Cilla and a Top 40 hit! Cilla, with husband and manager Bobby Willis and producer David Mackay, selected a diverse body of songs for ‘In My Life’ that included many hits of the day such as Paul Anka’s ‘Flashback’, Bread’s ‘Everything I Own’, The Hollies’ ‘The Air That I Breathe’, Jim Croce’s ‘I’ll Have To Say I Love You In A Song’ and The Beatles’ ‘In My Life’ which deservedly became the title song of the album. This re-release features many of Cilla’s rare and much sought after singles of the seventies as bonus tracks as well as Cilla’s tender rendition of ‘I’ll Still Love You (When Every Song Is Sung)’ which was penned by her friend George Harrison.TRACKLISTDISC ONE: CILLA01. GOIN’ OUT OF MY HEAD02. EVERY LITTLE BIT HURTS03. BABY IT’S YOU04. DANCING IN THE STREET05. COME TO ME06. OL’ MAN RIVER07. ONE LITTLE VOICE08. I’M NOT ALONE ANYMORE09. WHAT’CHA GONNA DO ‘BOUT IT10. LOVE LETTERS11. THIS EMPTY PLACE12. YOU’D BE SO NICE TO COME HOME TOBONUS TRACKS13. A SHOT OF RHYTHM AND BLUES (Take 2)14. YOU’RE MY WORLD (Alternate Take)15. (LOVE IS LIKE A) HEATWAVE16. SOME THINGS YOU NEVER GET USED TO17. GOIN’ OUT OF MY HEAD (Mono)18. EVERY LITTLE BIT HURTS (Mono)19. BABY IT’S YOU (Mono)20. DANCING IN THE STREET (Mono)21. COME TO ME (Mono)22. OL’ MAN RIVER (Mono)23. ONE LITTLE VOICE (Mono)24. I’M NOT ALONE ANYMORE [Mono]25. WHAT’CHA GONNA DO ‘BOUT IT (Mono)26. LOVE LETTERS [Mono]27. THIS EMPTY PLACE (Mono)28. YOU’D BE SO NICE TO COME HOME TO (Mono)29. ANYONE WHO HAD A HEART (Mono)DISC TWO: IN MY LIFE1. FLASHBACK2. I’LL HAVE TO SAY I LOVE YOU, IN A SONG3. EVERYTHING I OWN4. BABY WE CAN’T GO WRONG5. SOMEONE6. DAYDREAMER7. IN MY LIFE8. NEVER RUN OUT (OF YOU) +9. LET HIM IN10. THE AIR THAT I BREATHE11. LIKE A SONG12. I BELIEVED IT ALLBONUS TRACKS13. CHANGES14. FROM THE INSIDE15. ALFIE DARLING16. I’LL STILL LOVE YOU (WHEN EVERY SONG IS SUNG)17. BABY WE CAN’T GO WRONG (2009 Orchestral Mix) +18. HE WAS A WRITER19. ANYTHING THAT YOU MIGHT SAY20. LITTLE BIT OF UNDERSTANDING +21. BABY WE CAN’T GO WRONG (Almighty Definitive Mix)+ DEBUT ON CD