In the raucous, bloody, red-light district of Storyville, New Orleans, in 1907, where 2,000 scarlet women ply their trade, where cocaine and opium are sold over the counter, and where rye whiskey flows like an amber river, there's a killer loose. Someone is murdering Storyville prostitutes and marking each killing with a black rose. As Creole detective Valentin St. Cyr begins to investigate, he encounters a cast of characters drawn from history: Tom Anderson, the political boss who runs Storyville like a private kingdom; Lulu White, the district's most notorious madam; a young piano player who would come to be known as Jelly Roll Morton; and Buddy Bolden, the man who all but invented jazz. No ordinary mystery, Chasing the Devil's Tail is a chilling portrait of musical genius and self-destruction, set at the moment when jazz was born. 1. Language: English. Narrator: Dion Graham. Audio sample: http://samples.audible.de/bk/blak/002280/bk_blak_002280_sample.mp3. Digital audiobook in aax. 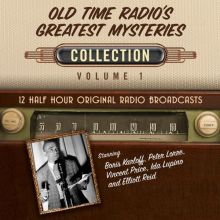 Reaper’s work is never done.My name is Jazz, and I’m a reaper. That sounds dark, but it’s not so bad. I’m a justice reaper, which means I send bad guys away for a very long time. This also means that when the police need help to catch bad guys, I sometimes have no choice but to step in and do my part. Just after my best friend joins a coven, someone decides to start murdering witches, and it sure looks like the killer might actually be a vampire.Adding to the chaos, Sir Edward, my assistant, who also happens to be a monkey, calls in Ghost Stalkers to help clear Eastwood’s underground tunnels of ghostly parasites.Life in Eastwood can be strange, especially when you have ghosts jumping out at you from every nook and cranny, not to mention the Angel of Death, aka, the boss totally pissed about something.Join us at The Undertaker for a Bloody Mary and some ghostly fun. 1. Language: English. Narrator: Michelle Sobeski. Audio sample: http://samples.audible.de/bk/acx0/183313/bk_acx0_183313_sample.mp3. Digital audiobook in aax. The best-kept secrets in 2041 America are the deadliest ones. A mysterious scarlet haired jazz singer. A rebel on a motorcycle. And a killer with a penchant for torture. Food is scarce, good jobs the rarity, and big brother is watching everyone. Will Jack and Tom's family be torn apart in the mayhem, and how far will one brother go to save the other's life? In 2041, America is rife with ghettos and armed checkpoints, and poverty runs rampant. A bloody civil war is brewing and everyone will be forced to take a side. Education is the only way out of a life where you're never sure where your next meal will come from, or what you'll have to do to get it. Tom aced his assessment tests and scored an education contract, giving him a way out of poverty. Jack isn't so lucky. When Jack, a spy for a rebel faction, goes missing, only his brother Tom can unravel the mystery of his disappearance. He will risk everything to save his brother from Warren, a killer who enjoys torturing his victims and making them beg for mercy. On a mission, Tom plunges into a world filled with secretive rebel groups and spies, psychotic killers, lies and murder at the highest levels of political influence. When he also discovers that his family has been keeping secrets from him - secrets that threaten to doom them all - he doesn't know whom to trust. Tom must break every rule he's lived by, and go head-to-head with a psychopath, if he's to have any chance of saving his brother - and just maybe, keep America from reaching the fracture point. 1. Language: English. Narrator: Brian Rollins. Audio sample: http://samples.audible.de/bk/acx0/096630/bk_acx0_096630_sample.mp3. Digital audiobook in aax. 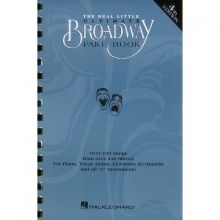 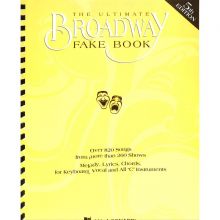 Essay from the year 2010 in the subject Art - Photography and Film, University of Westminster, language: English, abstract: Photography has played various roles in the African American Post-War Civil Rights Movement. Besides its extraordinary coverage of the contemporary Jazz scene and the historical documentation of the segregated South (Kasher, 1996), it had in particular a remarkable political function. Photography and television have given the Civil Rights fighters a voice which could not be ignored in Post-War America; by showing the struggle in all its unjust cruelty they confronted the national and international community with the shocking reality. People got motivated to express their sympathy for the demonstrators and the number of Movement supporters grew rapidly. Thereby, the most significant stream of followers arose only after the news media had shown images of unexpected outrage, making the relationship obvious (Streitmatter, 2008). In general, media do not only have a significant impact on public opinion but also contribute greatly to the success of humanitarian organisations. Often their influence even exceeds the possibilities available to politicians. This arises from the news media being the only source of information consumers get about developments further afield, making the success of civil rights movements highly dependent on their image given by press and television (International Council on Human Rights Policy, 2002). As one of these movements, the struggle for desegregation in America is the most thoroughly documented social conflict to date (Kasher, 1996). The tabloid Life, which can be seen as the national newspaper at the time (Shepherd, 1997), was reaching even more people than the new medium of television. For this reason, the magazine's understanding of the events, which was expressed by its presentation of images of the iconography of war - uniformed troopers, weaponed assaults, the wounded, state funerals - was spread widely and contributed to the change in public opinion (Kasher, 1996). Whereas the claim for the media being the cause of a basic change in politics and society often suffers from oversimplification (International Council on Human Rights Policy, 2002), there are many facts indicating it in the case of America's Post-War desegregation. This can be explained by three major events, the subsequent news coverage of each, and political shifts in the course of the Civil Rights Movement: the Birmingham campaign in May 1963; the March on Washington in August 1963; and 'Bloody Sunday', the first Selma to Montgomery March in March 1965.

The first novel in Arne Dahl's gripping Intercrime series-considered one of Sweden's best-Misterioso is a piercingly dark and absorbing detective thriller. After dismantling a bloody hostage situation at a bank outside Stockholm, Detective Paul Hjelm is dropped into an elite task-force assembled to find an elusive murderer with a sophisticated method. The killer breaks into the homes of Sweden's high-profile business leaders at night, places two bullets in their heads with deadly precision, then removes the bullets from the walls-a ritual enacted to a rare bootleg recording of Thelonious Monk's jazz classic 'Misterioso.' As Hjlem and the rest of the team follow one lead after another, they must navigate the murky underworld of the Russian mafia, penetrate the secret society of Sweden's wealthiest denizens, and battle one of the country's most persistent ills: a deep-rooted xenophobia that affects both the police and the perpetrator.